Whatever we do, we do with heart.

At Lake Port Square, everything we do starts with our residents.

They put the ‘extra’ in extraordinary.

Our staff members are dedicated to improving residents’ lives and creating positive experiences for them each and every day. From the associate who greets you with a smile to the health professional who takes special care of a loved one, our goal is to work together to serve your needs and exceed your expectations.

For the first part of his career, Walt was a licensed nursing home administrator in New York and directed multiple health and rehabilitation communities throughout the state. In 1992, he moved to Connecticut to become the Chief Executive Officer at Duncaster, a large CCRC just outside of West Hartford where he and his family lived. It was there that he gained significant experience with financial bond refunding and community “right-sizing” including the expansion of a new assisted living building, additional apartments for independent living and an aquatic and fitness center. In addition, his fundraising skills were significantly enhanced as he built a Community Foundation that raised many millions of dollars toward the projects he and his board visioned and directed for the community.

Walt and his family moved to Florida in 2004 where he served as Executive Director at Devonshire at PGA National and then at La Posada in Palm Beach Gardens.

In 2009 Walt became the first Executive Director of Freedom Pointe at The Villages. He opened the newly built community where he also oversaw the expansion of the CCRC in 2015 as Brookdale added 105 assisted living and memory care beds. Walt’s most recent position is one he is most excited about. He volunteered to take over the operations management at Lake Port Square in Leesburg Florida. Lake Port Square is part of the Healthpeak Portfolio and is managed by Life Care Services. Lake Port Square is a distinguished CCRC sitting on the banks of Lake Harris. This community and its opportunities for leadership are what Walt was looking for to continue a distinguished career.

“My promise to all that become a part of Lake Port Square is this:  We will serve with pride, work as a team, and earn respect every day in all we do – putting the resident first every time.” He stated, “we are all about the people that call Lake Port Square home, helping to create an “Optimum Lifestyle” for older adults that will not settle for less, and choose a better standard of living”. With a focus on staying healthy, Lake Port is home to those that choose to enhance their vitality, health and feeling of well-being.

Andrew comes to Lake Port Square with over twenty-six years of senior living sales and marketing experience. He has successfully led sales teams in growing and maintaining occupancy in both small and large campus Life Plan communities.

Prior to Lake Port Square, Andrew served as Sales Engagement Manager for LCS. In that role, he developed, refined, and led sales and sales leadership training for more than 100 Life Plan communities and created sales tools and materials to support community sales efforts.

He is an energetic, strategic sales leader who consistently demonstrates an ability to motivate a sales team to push beyond current limits and exceed goals.

Barry’s success as a servant leader rests in his ability to lead with kindness, integrity, positivity, unity and empathy and his commitment to empower other healthcare professionals to maximize their efforts and drive a culture of hospitality.

Professionally, Barry strives to ensure residents are celebrated, families trust their loved one is being well cared for, and employees have the tools to successfully deliver exceptional care.

Barry carries active licenses in the respective states of Florida and Georgia, he earned a Master of Health Care Administration from the University of Phoenix, is happily married, and has two daughters, ages nine and five, and two sons, ages 4 and 5 months old. 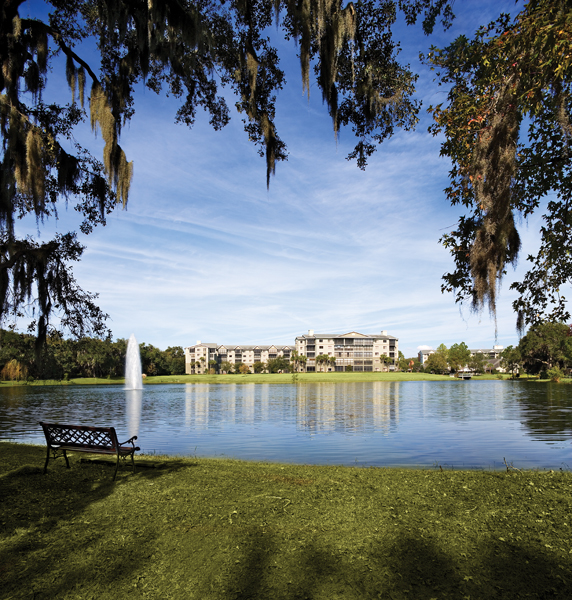